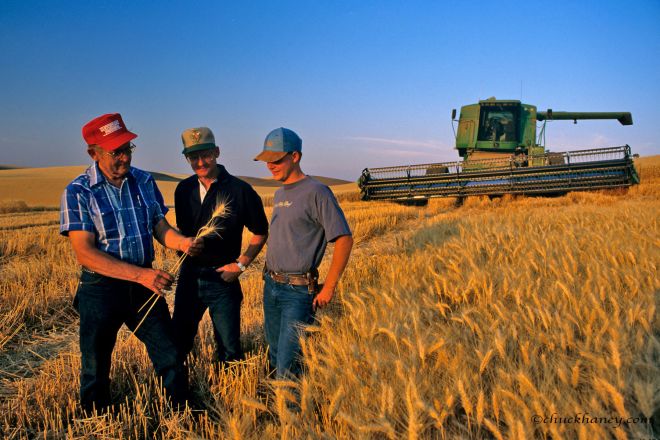 Washington politicians think they have the answers to all of life’s problems. They continuously “help” us by creating and overseeing various expensive bureaucratic departments. One of these many “problem-solving” government agencies is the United States Department of Agriculture (USDA). In all their wisdom, USDA bureaucrats have heavily regulated and subsidized the agriculture industry for decades.

As time passes, the USDA’s power only grows. Earlier this month, Congress extended the 2008 farm bill, which is expected to raise taxes by $620 billion.

But the USDA says we need them, to “ provide leadership on food, agriculture, natural resources, rural development, nutrition, and related issues”.

Abraham Lincoln established the USDA in 1862, when over 50% of Americans were farmers. The idea was to provide them with good seed stock and information about agriculture. Lincoln referred to this small, new agency as the “people’s department”- it initially was headed by a Commissioner without Cabinet status.

Much has changed since Lincoln’s time.

Today, less than 2% of Americans are farmers, but the Department of Agriculture has ballooned in size and breadth. Over $145 billion tax dollars were spent on the now enormous, and ever-growing USDA in 2012. This astronomical budget is used for functions such as subsidies, controls, research, and various bureaucratic regulations.

Cash payments alone to farmers cost between $10 billion and $30 billion each year. The mean farm household income in 2011 was $87,289- far above the average American household. Farm subsidies do not make economic sense, but farmers have strong armies of lobbyists, who resist any subsidy reductions. Taxpayers are stuck with the burden of these enormous bills, and state legislators only add to the problem. Legislators from rural farm states who seek this pork have made deals with those from urban states, who want subsidies for welfare programs like food stamps. In the end, the deal-making politicians are happy because the wasteful spending has been spread across various districts and political party lines.

While farm subsidies look expensive, they are dwarfed by agriculture-related welfare spending. Food stamps, or as the USDA calls it, the “Supplemental Nutrition Assistance Program”, cost taxpayers over $85 billion last year. Not only are food stamps expensive, they create government dependency by making people comfortable in poverty. During June 2012, 46.7 million individuals were on food stamps- the highest number on record. Liberals say that food stamp use is up because the economy is bad, but that’s simply not the case. Food stamp spending nearly doubled years ago, before the current recession. The program’s budget rose from $19.8 billion in 2000 to $37.9 billion in 2007. Congress should means test the food stamps program much more aggressively to focus on the truly needy, while getting rid of disincentives for individuals to go to work.

Another example of waste within the USDA: earlier this month, footage of the USDA’s “Cultural Sensitivity Training” program revealed government employees being instructed to bang on tables and chant, “The pilgrims were illegal aliens”.  During this “sensitivity training”, conducted on a government contract by Samuel Betances, workers were also told not to use the word “minorities”.

Betances and his firm were paid almost $200,000 for the “cultural transformation program”. All tax dollars, of course.

The rest of the $145 billion spent by the USDA this year went to other endeavors like regulating agriculture markets, enhancing food safety, and providing food assistance and nutrition advice.

This all sounds very noble, but the USDA has become an out of control disaster that just keeps growing. This bureaucratic behemoth pays corporate farmers billions in subsidies and creates dependency among millions of Americans.

Lincoln would not be proud.

This article was originally written for Turning Point USA.

One thought on “The Ever-Growing Department of Agriculture”