As 2012 comes to a close, it is easy to be pessimistic- we are $16 trillion in debt, over 50% of Americans get checks from the fed, and welfare is the largest government expense.

But fear not- there is some good news! There are people out there fighting tirelessly to preserve our liberty. These people were champions for freedom in 2012.

We all knew Gary had no shot at the presidency, but he speaks my language when it comes to every issue. Over one million Americans agree with me and voted for Johnson last November, giving him more votes than any Libertarian presidential candidate in history. He had the kahunas to advocate drug legalization, substantial spending cuts, and ceasing all military activities abroad. Gary’s strong opinions got him lots of haters, but he is far more honest and consistent than those other two buffoons on the ballot. I only trust a politician awesome enough to go crowd surfing. You’re a cool guy, Gary.

Just kidding! Scared ya, didn’t I? Here’s my point with this one: Pelosi is so awful that she has actually galvanized small-government folks. She is the whipping girl for Libertarians and Conservatives alike. (For all you politically correct idiots out there, yes, that was a sexist joke!) Pelosi’s entire political career has revolved around expanding government: she moved Obama’s stimulus bill through the House, shoved ObamaCare down our throats, and secured passage of an enormous, expensive energy and climate bill. With no regard for the national debt or personal freedom, Pelosi has managed to spend billions and expand the nanny state. Pelosi earned a spot on this list because her reign of terror continues to bring together champions of freedom. 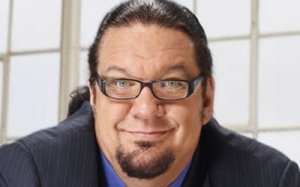 This obese magician is also a staunch Libertarian- who woulda thunk it! Consistent with every Libertarian view, Jillette has said, “My whole take on Libertarianism is simply that I don’t know what’s best for other people”. Finally, someone gets it! After the Newton shootings, he went on The Wendy Williams Show to defend the Second Amendment. You have to check out the video– it was like watching Albert Einstein debate Quantum Theory with the Kardashian sisters.

If you’re a college kid, you’ve probably smoked weed before. Maybe you’re high right now! But what if your entire curriculum revolved around pot? Richard Lee started a school in California, Oaksterdam University, which offers training for the marijuana industry. Its mission is to “legitimize the business and work to change the law to make cannabis legal”. Lee understands that the drug wars are a waste of government resources and time. Last April, the university’s assets were seized after it was raided by the DEA, IRS, and US Marshals Service. But Lee, God bless him, reopened the school immediately after the raid. Stick that in your pipe and smoke it, DEA!

Who? Thomas Massie is a rising star in Congress! He is a new Kentucky Congressman with an impressive Libertarian record as the executive judge in Lewis County. He wants to get rid of the Federal Reserve, lower taxes, and repeal the PATRIOT Act. Sounds dangerous- and by dangerous, I mean wonderful! I wish him luck getting stuff done with the mess of witless hucksters in Congress. All the same, Massie does give some hope for a bright future in Washington. 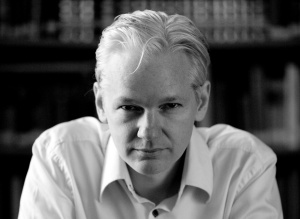 One word: WikiLeaks. Its’ Australian creator, Julian Assange, made the online space for submission of secret information, news leaks, and media from whistleblowers. Those who fear exposure by leaking information directly to the press can leak to WikiLeaks instead, which then leaks to the press for them. Assange has been in deep legal trouble and faced harsh criticism for releasing important documents and information, such as American diplomatic cables. People like Republican Mike Huckabee have called for Assange’s assassination. Yikes! While some may hate the guy, I say he’s a champion for the freedom of the press! This year he announced plans to run for Senate in Australia. 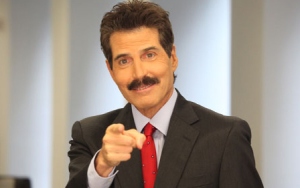 Stossel has been fighting against big-government, overregulation, and excessive spending for decades. Most people probably recognize him from ABC’s 20/20, and now he has his own show on FOX. Stossel always voices his beliefs, even when it makes people angry-  he wants to legalize prostitution, insider trading, and pornography. Executives at ABC have said, “his reporting goes against the grain of the established media… [this] makes him a target of the groups he offends.” I’m thankful for Stossel because he continuously fights for freedom and exposes mainstream, liberal media.

As if this maverick grampy needs any explanation! Paul started an epic Libertarian movement during his 2012 presidential bid. My personal favorite Paul quote: “We need to understand the more government spends, the more freedom is lost…Instead of simply debating spending levels, we ought to be debating whether the departments, agencies, and programs funded by the budget should exist at all.” I’m sad that he retired from politics this year, but now it’s up to us Paul Bots to expose ignorance one thread at a time.