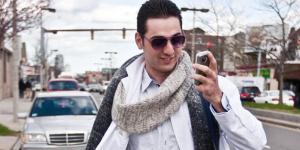 Boston bomber suspect Tamerian Tsarnaev exemplifies how out-of-control welfare programs have become. Tsarnaev, a man perfectly capable of working, received more than $100,000 in welfare since 2002. These benefits included cash, food stamps, and Section 8 housing. The bombing suspect continued to collect his government goodies, even as his anti-American hatred grew.

The exorbitant handouts given to Tsarnaev warrant a reassessment of the efficiency and effectiveness (or lack thereof) of our welfare programs.

Last year $1.028 trillion tax dollars were spent on the “needy” in the form of welfare, making it the US government’s largest budget item. Despite the enormous cost of welfare programs, most liberals vehemently defend them. They say these are essential programs, and that cutting or downsizing them would be inhumane. But when over 50% of Americans count on federal handouts, it is hard to deny that welfare has become out-of-control. Clearly, it is no longer just the needy who are receiving well-intentioned government handouts.

It is far too easy to receive benefits. While rules are in place to ensure only the needy receive welfare, the bureaucrats distributing the largess often do not verify eligibility. The so-called “Obama Phone” program, for example, cost taxpayers over $2 billion in 2012- and according to The Wall Street Journal, nearly half of the 6 million people who received the government-funded cell phones were ineligible.

The Agricultural Department’s food stamp program is another example of federal welfare gone mad. It is absurdly easy to receive a loaded EBT card. In many states, recipients are not asked to show a birth certificate, thereby allowing millions of illegal aliens to collect benefits. The government even puts ads on the radio encouraging people to apply for food stamps! The ads, of course, are also paid for with taxpayer money. Is it any wonder that one in seven Americans receive food stamps? In 2010, Obama lifted the work requirement to receive these benefits. Where is the motivation to work when you do not have to?

Many Americans will be shocked to learn that our government spends money promoting the food stamp program in Mexico. Yes, you read that correctly… The USDA and the government of Mexico have entered into a partnership to educate Mexican nationals living in the United States (many illegally) about the food stamp program. Mexico has agreed to disseminate this information through its various consular offices. Unbelievable.

Many government welfare programs have few, if any, time limits or work restrictions. There is no time limit on the Section 8 housing program, for instance, which gives recipients rent money. The government hands out up to $2,000 per month for rent, and many collect this subsidy for their entire lives. Tamerian Tsarnaev was on Section 8 for over ten years. There is no work requirement to receive the subsidy. In fact, if a recipient gets a job and makes over a certain amount, the benefit is taken away. Where is the incentive to succeed?

The larger issue is not the waste in any one program, but the absurd, excessive spending, inefficiency, and fraud inherent in all these programs. There are Americans who genuinely need welfare. To serve the truly needy and weed out abusers, each recipient should be means tested annually. The current welfare system provided over $100,000 of cash and subsidies to the Boston bomber while he plotted to reign terror on the citizens of Boston. He was collecting welfare right up until his death.

Welfare recipients are simply being Darwinian and self-serving, by taking available resources being offered to them. The government willingly provides all of their essential needs (housing, food, phone, fuel). The way Mr. Tsarnaev saw it, why get a job and hustle when American taxpayers would pay him to stay home and test his newest pressure cooker bomb?

This article was originally written for Turning Point USA.

9 thoughts on “Subsidizing the Boston Bomber”